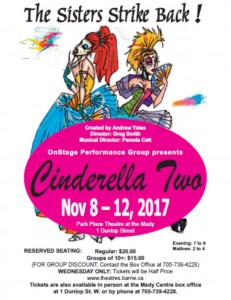 This clever sequel to the classic Cinderella story, tells the story of what happened after the ball!  The wicked sisters are determined to prevent the marriage of Prince Charming & Cinderella.  With the help of Wanda, The Wicked Matchmaker Witch, a spell is cast on the Prince that puts a wrench into the entire wedding plans.  Will the evil plan be thwarted? Will Dan Dini, the Prince’s trusted friend, persuade Wanda to mend her evil ways?  All will be revealed with the help of Toadstool, some mushrooms and some surprising matchmaking! 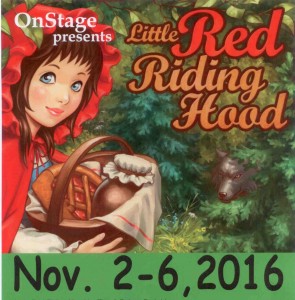 A brilliant traditional pantomime with all the ingredients for audience participation!  The Big Bad Wolf plots and schemes with his hapless henchmen, the Three Little Pigs.  His goal?  To catch poor Little Red Riding Hood.  Will the Fairy and Billy (the Woodcutter’s Son) save the day? 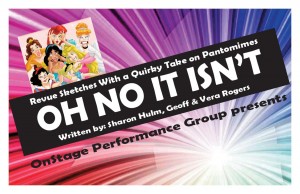 A fun twist on traditional pantomimes, Oh No It Isn’t is a series of sketches that takes a fun look at some of your favourite fairy tales, and the challenges of putting on a pantomime. Fun for all ages with audience participation encouraged! 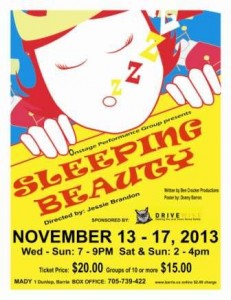 Proper perfect panto! Ben Crocker transformed the well-loved story of the spell-bound sleeping princess into a very funny traditional pantomime. The wicked fairy Carabosse is mightily miffed when she and her naughty feline accomplice Spindleshanks don’t get an invite to the royal christening. Can brave Fairy Peaceful save Princess Aurora from the death spell and keep her safe for her dream prince? And how will the bubbly Queen Mum and cuddly hubby Norbert cope with a very long sleep-over? Spectacle, enchantment, tuneful songs, toe-tapping dances, riotous slapstick and the funniest evil duo ever. 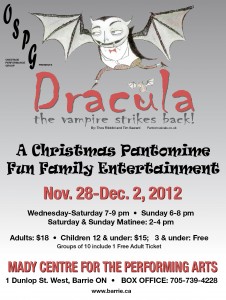 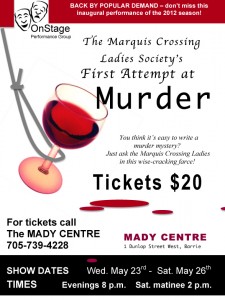 You think it’s easy to write a murder? Just ask the Marquis Crossing Ladies Society for the Arts. They decided to do just that, especially when they found out they had to pay royalties to do someone else’s play. “Anybody can write a murder”, Emma tells the others, and Opaline immediately begins to try to strangle the other members “just to figure out how to do it”. The ladies soon find themselves writing an “operatic murder mystery dinner theatre with possible audience participation, providing no one sells fruit to the audience.” When two actual convicts arrive on the lam, they decide the best place to lay low is with the ladies, who then drag them into the play. What is part of the play and what is really happening? Find out for yourselves in the wise-cracking farce where no one can tell the loaded guns from the unloaded one.

If you remember the old Andy Hardy movies with Mickey Rooney and Judy Garland, you will love the storyline and musical entertainment of this show!
In keeping with the tradition of the movies from the 1930’s, this production takes place in a local barn.
The show’s director is having a fit because the production is going to open the next day and he thinks the cast isn’t ready. He argues with the actors and musicians and is still convinced that the show will be a disaster.
After the director’s antics, two young sisters, PENNY and SAMMY, are left to persuade two young actors, BIFF and MELODY, to remain in the show.
They do this by conjuring up a GRANDE DAME of the theatre, a DIVA, a ghost from years ago, who takes them on a tour of the musical theatre from 1905 to 1955. During their journey, they are handed off to CARNIE BILL, also a ghost – a show business type from years ago. He escorts them through various eras in time where they encounter many legendary performers such as AL JOLSON, FANNY BRICE and MARIE DRESSLER.

After a fabulous musical voyage through two world wars, they finish their travel in 1955 where the entire cast reassembles and sings “There’s No Business, Like Show Business”.

“The Christmas Cafe” was directed by Greg Smith and set in a small restaurant during the Christmas Season.
The restaurant’s waitress and cook, serves customers from three different familiar holiday stories: “The Night Before Christmas”, “A Christmas Carol”, and “The Nutcracker”.
In “All of the Other Reindeer,” Blitzen is burned out and upset that he’s always last on the team. The other reindeer have suggestions: Cupid thinks he needs a love life; Donder suggests a good stock portfolio, Prancer thinks an exercise regime is the answer. Baffled, the other reindeer call in Santa’s newest hire, a reindeer called Freud. They tell her Blitzen has jealousy and anger issues. Come out to see who’s suggestion makes the difference and turns Blitzen from bitter to better.

In “Bah! Humbug!” Marley’s Ghost goes to Scrooge’s house, but a century and a half too late! Witness how the spirits of the Past, Present and Future confront Marley only to find that everything’s been messed up and HUGE alterations to the past have changed Tiny Tim forever.

In “Nutcrackered,” E.T.A Hoffman is struggling with writer’s block. An angry young girl, her bratty brother and his friends give him inspiration when they tell him a wild story about a magical nutcracker. It’s a story of torture, sadness and broken dreams. Watch as sibling rivalry threatens to destroy the true meaning of Christmas. 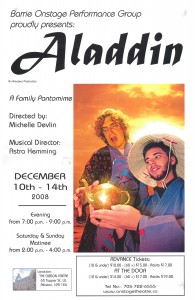 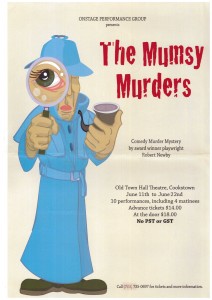 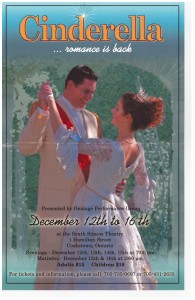 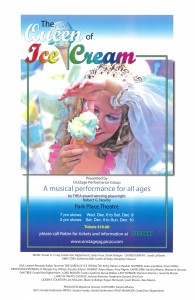 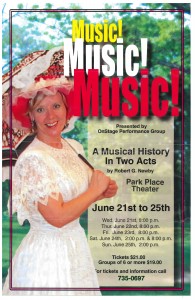 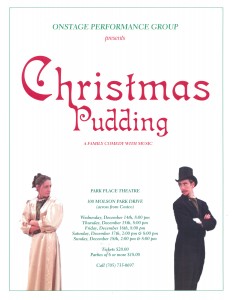 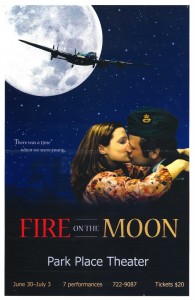